Tuesday, May 25, was a very important day for the 200 U.S. war resisters who are seeking sanctuary in Canada. The case of Jeremy Hinzman, the first to do so, was argued in Canada’s Federal Court of Appeals. The outcome may decide the fate of Jeremy, his wife Nga Nguyen and their two young children. The court's decision, expected to take several months, may also determine the fate of other young men and women who are facing deportation to the U.S., followed by courts martial and imprisonment.

Also on Tuesday, May 25,, the Canadian Parliament held a debate on a bill that would allow Iraq War resisters to remain in Canada. The House of Commons is expected to vote on the bill, C-440, in September.
According to several polls, nearly two-thirds of Canadians want their government to allow U.S. war resisters to have legal status in Canada. But Prime Minister Stephen Harper, leader of the Conservative Party, does not agree. The Conservative government has already deported several war resisters and is aggressively pursuing the deportation of others.

Last weekend, USA Today published an excellent article on U.S. war resisters in Canada, including Vietnam War resisters. It is very much worth reading. There is also a short video on the USA Today website.
http://www.usatoday.com/news/world/2010-05-23-war-resisters_N.htm?csp=hf 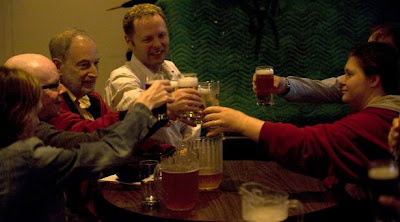 
YOU CAN SUPPORT OUR WAR RESISTERS IN CANADA
The War Resisters Support Campaign in Canada is a national network of churches, labor unions, activists and artists, including Vietnam War resisters who are now Canadian citizens. The War Resisters Support Campaign has been supporting our war resisters ever since early 2004, when Jeremy Hinzman arrived in Toronto.
The Campaign is very much in need of donations at this moment, so that they can continue their legal defense of war resisters facing deportation. We recommend that you send them a note at this time thanking them for taking care of U.S. war resisters. And give them a donation while you are at it. It is very much needed and will be very well spent. Please visit their website and make a donation today.
For more information on Rodney Watson, an Iraq War Resister who has taken refuge in a church in Vancovuer, British Columbia, you can visit the website of the Vancouver War Resisters Support Campaign,
Check out Rodney Watson's interview with me below on this blog.
Posted by Soldier Say No! at 6:46 PM 6 comments:


GI resister Marc Hall is now a free man. Under pressure from his supporters, the U.S. Army has backed down from their plans to give him a kangaroo court martial in Iraq. Instead they have granted him a discharge. Marc Hall is known as the GI “rapper” who recorded a song against the Army’s “Stop-Loss” policy last July. But his real troubles began in December when he filed a formal complaint with the Army’s Inspector General about the poor quality of the Army’s evaluation and treatment of his PTSD. Five days later, the Army arrested the Iraq veteran and charged him with 11 counts of violating the good order of the Army (Article 134), including “threatening violence against fellow soldiers.”

The GI resister support group Courage To Resist found him a lawyer near his base, Fort Stewart, Georgia, and the Army sent him 8,000 miles away to a prison in Kuwait. Marc’s mother worked with Courage To Resist and members of VFP and IVAW to form the Family and Friends of Marc Hall, which rallied political support and raised funds to send a lawyer and doctor to the Middle East.


The presiding military officer at Marc Hall’s arraignment (Article 32 hearing), threw out 5 of the 11 charges against Hall, finding them totally without basis or evidence to support them. She recommended that Spc. Hall be given a Special Court Martial, which can give a maximum sentence of 1 year in prison and a Bad Conduct Discharge. But the Army command, clearly wanting to make an example of Marc Hall, insisted it would give him a General Court Martial. Marc Hall was facing a sentence of up to 6 years in prison and a Dishonorable Discharge. Finally, though, the Army appears to have come to its senses.


Veterans For Peace played a significant role in supporting Marc Hall. When VFP called for emails to be sent to the Army on behalf of Spc. Hall, 643 members of VFP did so. One hundred and ten VFP members forwarded the action alert to friends, and 113 contacted newspapers on behalf of Hall. Iraq Veterans Against the War also mobilized its members in support of Marc Hall.


VFP members Russell Brown, of Buffalo, New York, and Gerry Condon, of Seattle, Washington, participated in weekly strategy sessions of the Family and Friends of Marc Hall, along with Jeff Paterson, a VFP member who heads up Courage To Resist. Courage To Resist raised and spent $7,100 for Marc Hall’s defense fund, and has another $1,500 of outstanding expenses at this time.


Marc Hall’s lawyer, David Gespass, who is president of the National Lawyers Guild, will now work to get Hall’s Other Than Honorable discharge upgraded, and to insure that Hall, who saw 14 months of combat in Iraq, will get treatment for his PTSD from the Veterans Administration.


Veterans For Peace has supported GI resisters for several years, and will soon be launching a GI Resistance Working Group, in order to provide timely information to VFP members about how they can support GI resisters in their time of need.


Read Dahr Jamail’s excellent article on the Marc Hall case at http://www.couragetoresist.org/, and find out about another GI resister, Eric Jasinsky, whom the Army has jailed with untreated PTSD.
Posted by Soldier Say No! at 1:49 PM 1 comment:

Iraq Vets: Coverage of Atrocities is Too Little, Too Late

The WikiLeaks video footage from Iraq taken from an Apache helicopter in July 2007 showing soldiers killing 12 people and wounding two children has caused an explosion of media coverage. But many Iraq vets feel it is too little and too late.


In contrast to most of the coverage that favors the military's stated position of forgiving the soldiers responsible and citing that they followed the Rules of Engagement (ROE), Iraq war veterans who have spoken to the media previously about atrocities carried out against innocent Iraqis have largely been ignored by the mainstream media in the United States.
Posted by Soldier Say No! at 10:56 AM 3 comments:

GI Resistance - Then and Now

Check out this story and discussion on the Daily Kos, with a link to a great newsletter by the Washington Peace Center.
Posted by Soldier Say No! at 10:23 AM 5 comments:

On Tuesday, March 9, 2010, the Berkeley (California) City Council passed Resolution No. 64,803 N.S. recommending "Universal and Unconditional Amnesty for Iraq, Afghanistan, and Pakistan War Military Resisters and Veterans Who Acted In Opposition to the War for Matters of Conscience." It was adapted, with some changes, from the original resolution passed by the Berkeley Peace and Justice Commission on November 2, 2009.

The resolution recommends that all military personnel, serving since October 7, 2001, be granted Universal and Unconditional Amnesty amounting to forgiveness for all convictions or pending charges of desertion or Absence Without Leave (AWOL) or Unauthorized Absence (UA) if such leave or absence is determined to be caused by matters of personal conscience in opposition to the illegal wars in Iraq and/or Afghanistan and/or Pakistan.

It also recommends that military personnel who have been convicted of charges stemming from their exercise of free speech regarding their opposition to the wars in Iraq and /or Pakistan since October 7, 2001 be granted amnesty for those convictions.

Berkeley's resolution called for copies of it to be sent to President Obama, Senators Barbara Boxer and Dianne Feinstein, Speaker of the House of Representatives Nancy Pelosi, and Congressperson Barbara Lee.

Bob Meola, Berkeley Peace and Justice Commissioner and immediate past Commission Chairperson, who wrote the original draft of the resolution, stated,

"I hope this resolution will serve as a model and inspire cities and towns across the United States to pass similar resolutions and ignite a movement which will result in Universal and Unconditional Amnesty for Iraq, Afghanistan, and Pakistan war resisters and veterans. The troops who have had the courage to resist have been traumatized enough. They have followed their consciences and deserve healing and support and appreciation from people everywhere. The GI Resistance movement is growing. Its members are heroes and sheroes and should be treated as heroes as they are welcomed backinto civilian society."

Berkeley has been a sanctuary city for conscientious objectors since 1991. In 2007, it became a sanctuary city for military resisters to immoral and illegal wars, even if those resisters were not traditional conscientious objectors, and for draft registration resisters and for draft resisters if the draft should be reinstituted. May 15th is International Conscientious Objectors Day. In 2007, Berkeley also proclaimed May 15th of every year as Berkeley CO and War Resisters Day.
Posted by Soldier Say No! at 10:50 AM 4 comments: